We are always looking for new Italian restaurants and markets in the Lancaster and surrounding areas. We welcome suggestions and reviews from our members and friends. 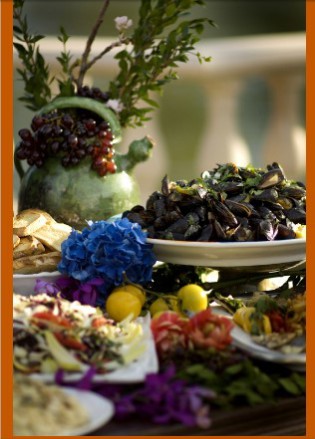 I love Russo's pastas, especially the farro pasta they carry! From their website: "Our gourmet international market offers a wide range of imported products exclusively from southern Italy. Our family owned olive groves produce some of the finest Extra Virgin Olive Oil available for the Gourmet Cook.  Pasta, Sauce, Jarred Grilled Vegetables, Expresso, and  Mangiatorella spring water are a few of the many imported Italian gourmet food products you will find at Russo Food and Market.

Providing quality gourmet food and making entertaining easier is our area of expertise. Whether you need appetizers, entrees, or desserts Russo Food and Market is available to make your party planning a pleasurable and flavorful experience.

Delicious imported Italian Gourmet Food hot or cold, for you to eat in our relaxing cafe or to take home and prepare an authentic Italian feast of your own. Bring the taste of Italy into your home with Russo Gourmet Foods Market!"

Only a short drive from Lancaster via Route 222, Russo's is not to be missed.

We believe in giving our customers three important things, excelletnt quality, great value, and friendly service all in a wonderful casual atmosphere.  We use only the finest ingredients to bring out the best flavor for every mouth watering meal.  Each entree’ is cooked to order using only the finest authentic Italian ingredients and done so as a labor of LOVE.

Also offer Take Out and Delivery* 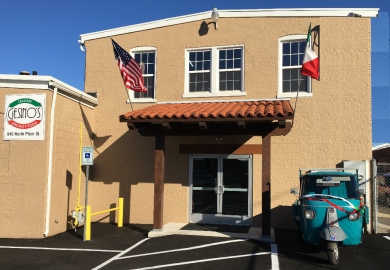 Gesino's: Your Italian Specialty Store, is located at 945 North Plum St., Lancaster, PA Tel.: 717 208 3887. The store is a great destination for fine Italian specialties! From unique pasta and delicious spreads, to an exquisite collection of balsamic vinegars and Italian olive oils. The vinegar and olive oil sampling table is not to be missed. I especially like the Modena Balsamic, some of the best I've ever tasted. The pastas are mostly from Calabria, and have great chew and taste. Saturday is fresh baked bread day. Finally, some crusty, chewy Italian bread in Lancaster! 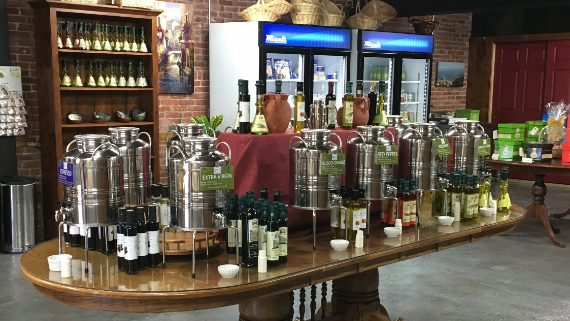 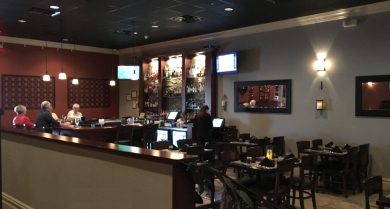 I first heard about Salute from Fiorella, our LICS Italian instructor, and when she says it's molto Italiano, she is not kidding. The food, service and atmosphere are just about perfect. The chef and owner Giovanni is talanted and shows great attention to detail. The wine list, all Italian wines, is extensive and varied. I've discovered some great wine there!

The ristorante hosts a new guest chef every six months or so, from Italy. The guest chef creates a menu of dishes that he cooks in Italy, so the food, preparation and presentation are very authentic. It's some of the best I've had outside of Italy. Reviewed by Rudy. 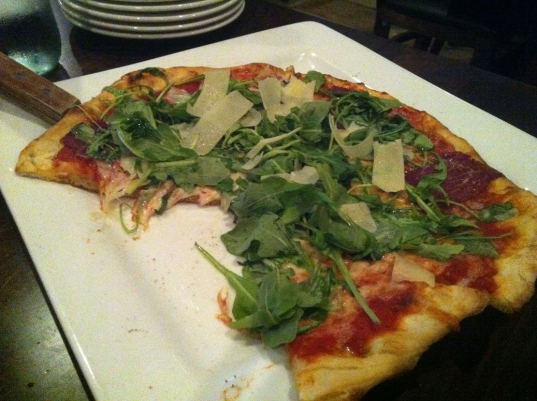 Family Owned and Operated Since 1946

Discover an authentic Italian dining experience that has remained unchanged for over half a century. Each dish is prepared and served individually from the finest and freshest foods. Make your selection from our extensive menu of Italian and American cuisine and enjoy one of the best meals you've ever had!

In 1946, Dave, Jim and Joe Lombardo decided to purchase a small café on Harrisburg Avenue, a decision that would bring a remarkable change in Lancaster's eating habits. The Lombardo brothers offered the residents of Lancaster unfamiliar dishes with strange-sounding names like spaghetti, ravioli and rigatoni. They were even one of the first to introduce Lancaster to an exotic delicacy called pizza. The rest, as they say, is history. Today, the second generation of Lombardo's - Paul, Mike and Dave, Jr. - continue the tradition of serving area families with the finest Italian cuisine. The menu has expanded over the years. But it's still the same great, mouth-watering food that Lancaster first fell in love with more than 50 years ago.

A new Lombardo is in charge of Lombardo’s restaurant in Lancaster city and is making plans to revitalize the longtime Italian restaurant. Sam Lombardo said an interior renovation planned for the fall (2019) will give a new look to the restaurant while also adding a lounge.

Sam, a nephew of the restaurant’s founders and cousin of its most recent owners, bought the restaurant at 216 Harrisburg Ave. in December, and has been running it since with the help of some new managers.

Paul Lombardo, who had been the executive chef, continues to offer some help at the restaurant while former owner Mike Lombardo has left the restaurant and begun a career in real estate.

Sam plans to add a new menu of Italian dishes but will be keeping the traditional dishes at the restaurant that has operated in Lancaster since 1946. (from and article by Chad Umble for LNP, 05/24/19)

Hot Z Pizza! Get the Best Pizza in Lancaster PA with Fast Delivery!

For over 20 years we have dedicated ourselves to providing our customers with high quality food in a casual environment at reasonable prices.

At "Hot Z" we make our own sauces, we cut our own vegetables and we make our own dough each and every day to ensure that our products are second-to-none. In 1991 John Hazipetros opened a pizza restaurant in Hawthorne Shopping Center on Fruitville Pike in Manheim Township. Rather than call his new restaurant "Hazipetros Pizza" he decided to give it a hip new twist and came up with the name "Hot Z Pizza". It sounded like his name and had a unique, easy to remember ring to it....so it stuck. The rest, as they say, is history! John continues to operate the original Hot Z Pizza in Hawthorne Center and has been there 24 years, and we’re entering 19 this spring. In April of 1996, Kirk Firoglanis and John Hazipetros purchased the former "Your Place" restaurant on Harrisburg Pike in Landisville and opened "Hot Z Pizza Restaurant & Lounge". Kirk's brothers Manny and Greg joined the family business by becoming partners in September of 2000. This new location featured the same great food along with a lively full service lounge.