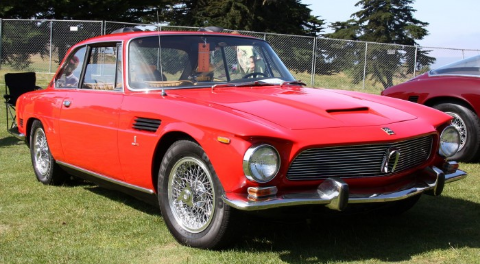 Italophiles: The AACA Museum wants you to share your

Do you have a passion for, and a collection of, Italian automobiles and motorcycles? Would you like to help support the AACA Museum in Hershey, Pennsylvania? Do you understand the phrase “Amore della Strada” without consulting an Italian-English dictionary or Google Translate? If you answered “yes” to these questions, the AACA Museum is putting together an upcoming exhibit that focuses on the Italian “Love of the Road.”

When you hear the word Italy, chances are your thoughts immediately go to Italian food, art and architecture, fashion and Italian Cars!
Amore della Strada translates to “Love of the Road” and there’s no question that some of the sleekest sports cars in the World are Italian. While Italy is not one of the largest auto producers in the world, there’s no question that the style of their automobiles is second to none. AACA Museum brings a taste of Italy to you with a tempting array of exquisite Italian cars!

What started out as 18 vehicles and about 4 motorcycles for this exhibit has now grown to 24 vehicles and 8 motorcycles.   We couldn’t help ourselves . . . there was so many fabulous vehicles to choose from!

The Italian American Award of the Year

In an effort to keep alive the traditions of Italian heritage, LICS has also created several bocce teams and sponsors tournaments within the leagues.  The Society has also worked with the local communities to create and maintain the bocce courts in and around the Lancaster area.

To place your business card or ad in LICS Newsletter:
The cost for 4 issues (1 year) is $100.00, and you will be advertised on the Sponsor page of our website, and receive our newsletters (which are also available on line).
You may send your check made to LICS along with your ad/card to: